HAT:
CO 96 sts. Place marker (pm) and join for working in the rnd, being careful not to twist sts.
Work Rnds 1-12 of umbrella patt. Change to St st (knit all sts every rnd) and work even until
piece measures 5 ¾ from CO.

Note: Be careful not to drop any yarnovers (yo) that happen to fall at the beginning or end of a needle. 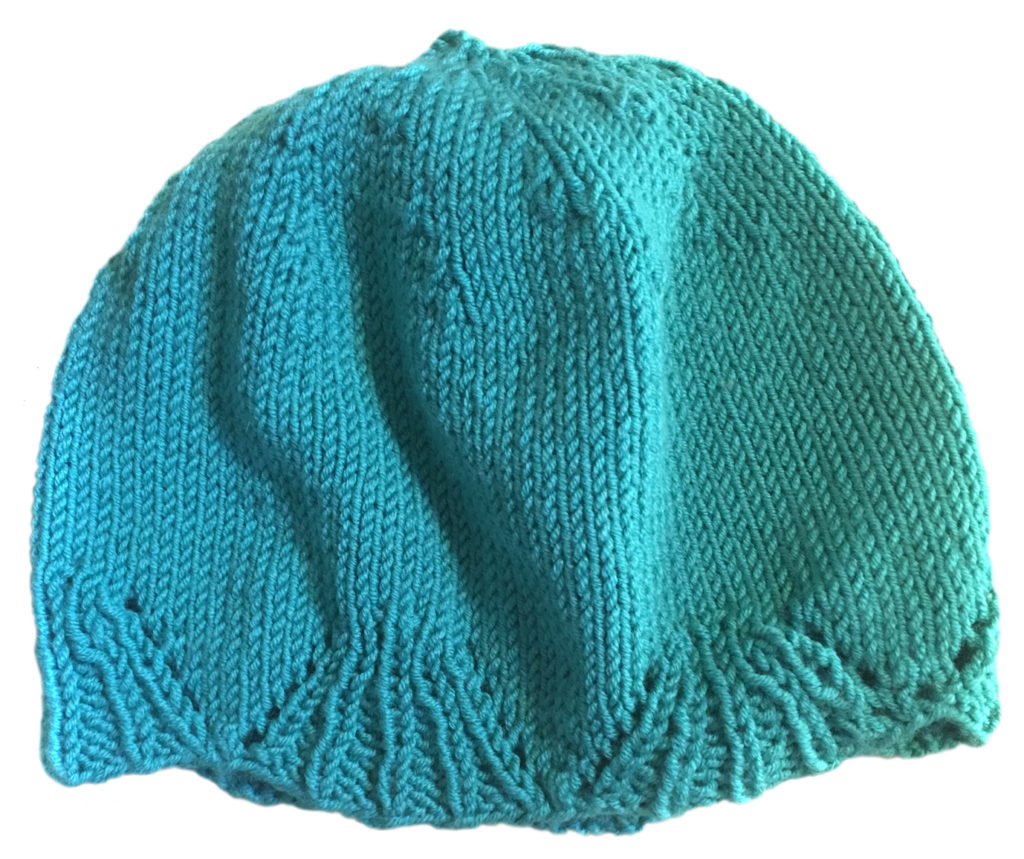